I have been working with data relationships and would like to know why I am experiencing the situation in the image below.

My intention is under screenshot below, 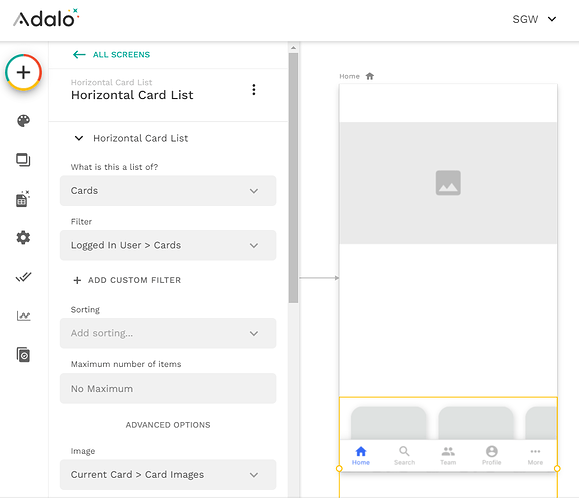 I want the image component on top to load the corresponding card image in the below horizontal card list.

The data relationship is like this:
User can hold multiple cards
Store can issue multiple cards
Cards can be only owned by a one user and belongs to only one store. 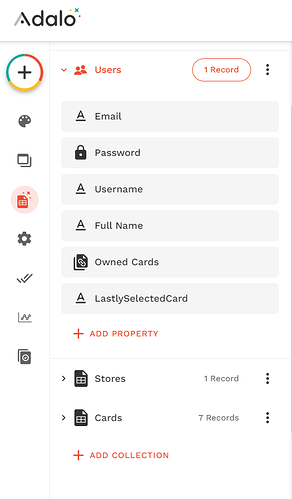 The way I am going to set up is that based on the last selected card by the user (which is stored under LastlySelectedCard field in user table), I want to load that card image at the image component on top.

However, the image component can’t find the data right now. In fact, it is going in endless loop like the first screenshot.

I am guessing that it is because I do not fully understand how data relationship works in Adalo.
Could anyone give some advice on this issue?

Welcome to the community

However, the image component can’t find the data right now. In fact, it is going in endless loop like the first screenshot.

It’s because it’s multiple and to show that property you need a list. But in your case you need the relationship to be opposite that user can have one card and cards can have multiple users.

Check this out! : Show Image in list with rel property.mp4 - Google Drive

Wow, thank you so much! Your examples really broadened my view.

I have never thought of using img url and input field for this case.

If you don’t mind, could you help me guide if it is possible to highlight the image component in the list when the user tabs/clicks that card?

I think I can do it with just image component alone in the screen, but I’m not sure when it’s in the list.

Wow, thank you so much! Your examples really broadened my view.

Awesome and Your welcome!

If you don’t mind, could you help me guide if it is possible to highlight the image component in the list when the user tabs/clicks that card?

Like how you want the clicked image to be highlighted?

For image component alone, I learned that by using input field value, you can swap the visibility between any two designs preset for that image component.

However, I am still figuring out how it would be if I want the image component in the list to be like that.

Once a image is clicked you need something like a rectangle to be display with that image in the list? Something like this? : Default Number.mp4 - Google Drive

Sorry I didn’t quite explain it clearly.

By the way, thanks for your demo. I think it has great potential to be included in my other screens feature.